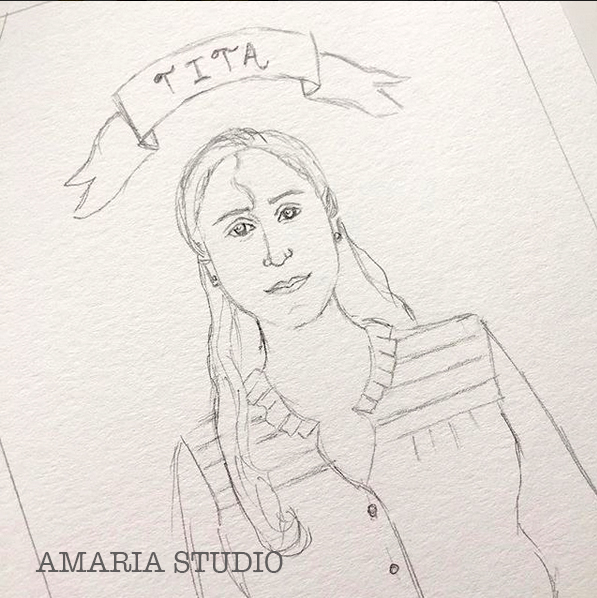 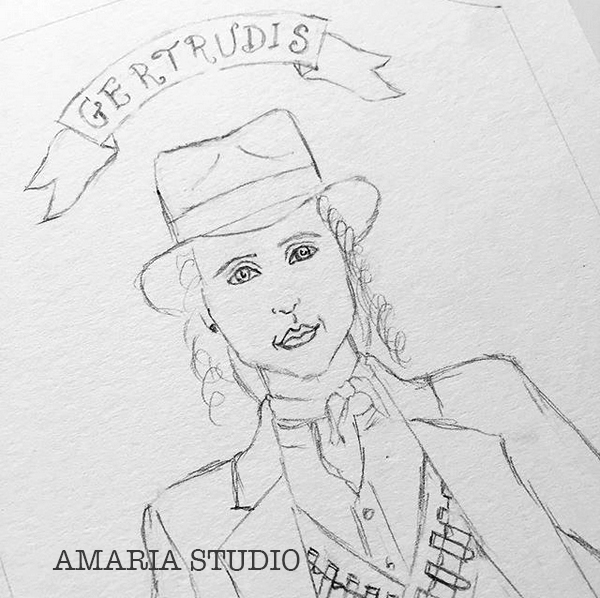 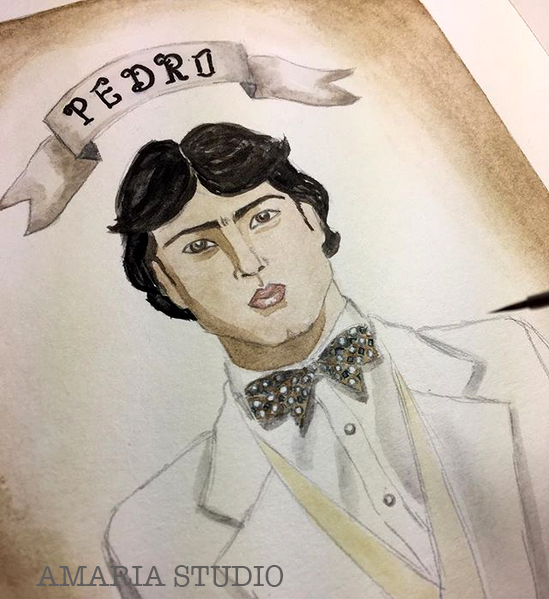 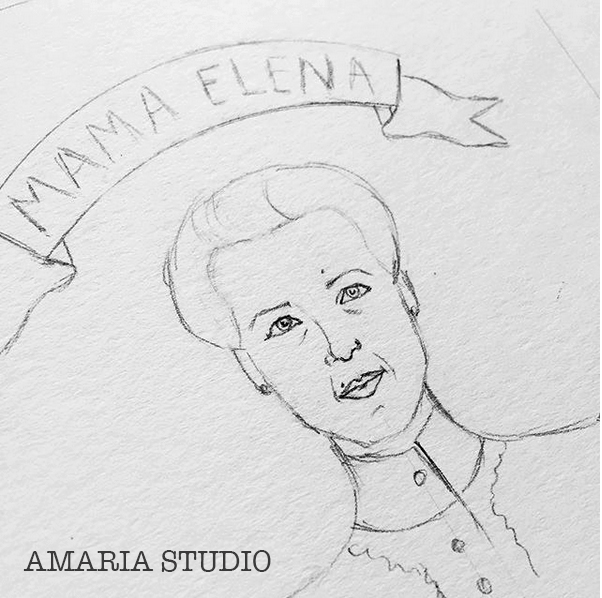 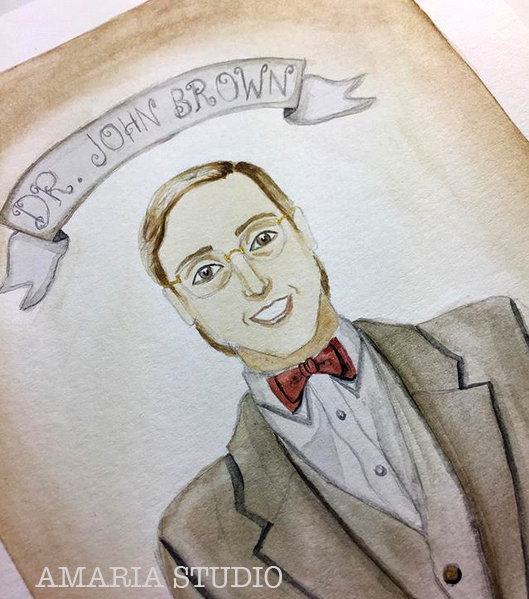 Here is a short video of the illustrations I turned into flashcards or for decorations for a book club party. 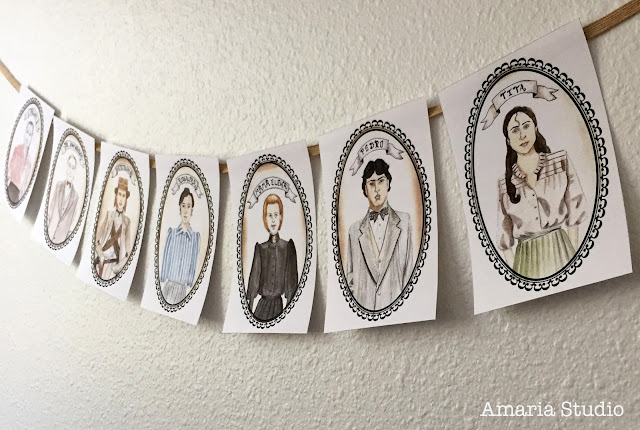 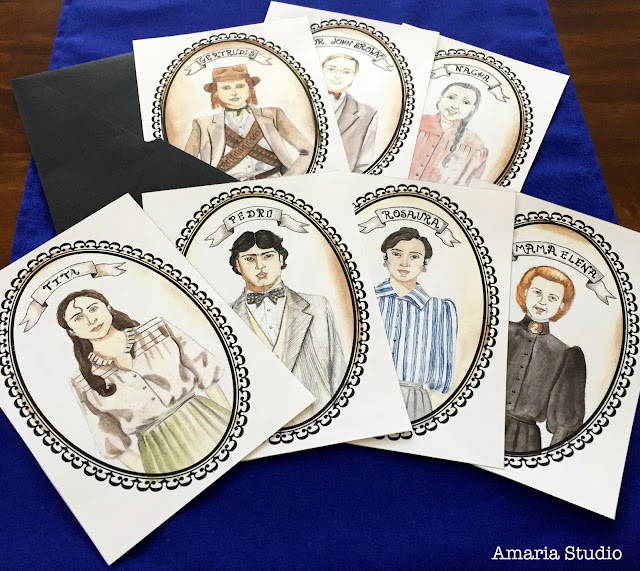 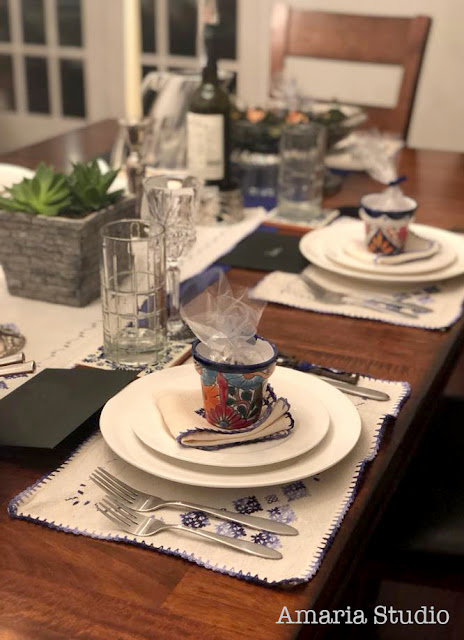 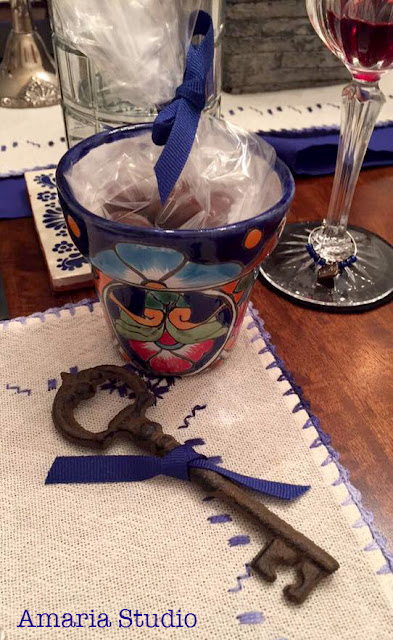 Tshirt with the design available on Amaria Studio . Art prints in my Society6 shop, Red Bubble  as well as Zazzle.
Posted by Amaria Studio at 12:24 PM No comments:

On February 12, 1947 Christian Dior debuted the New Look where he accentuated the waist, the volume of the hips, and emphasized the bust. 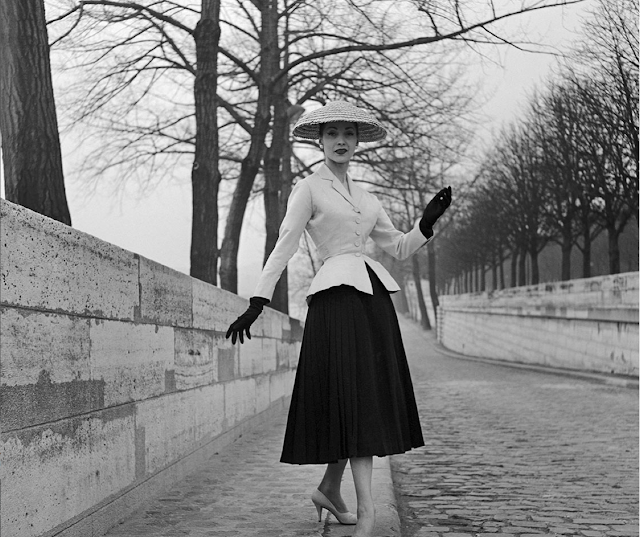 The Bar Suit was glorified by Willy Maywald's famous photograph. It was part of the New Look collection. The Suit was a cream shantung morning coat with rounded tails that closely followed the curves of the bust. The large black pleated skirt gave it a swinging gait that had not been seen before. The suit was part of his manifesto collection to bring back woman's ultra-femininity and opulence.

I was asked to paint this infamous suit for a custom portrait. Below is the portrait done in gouache paints. 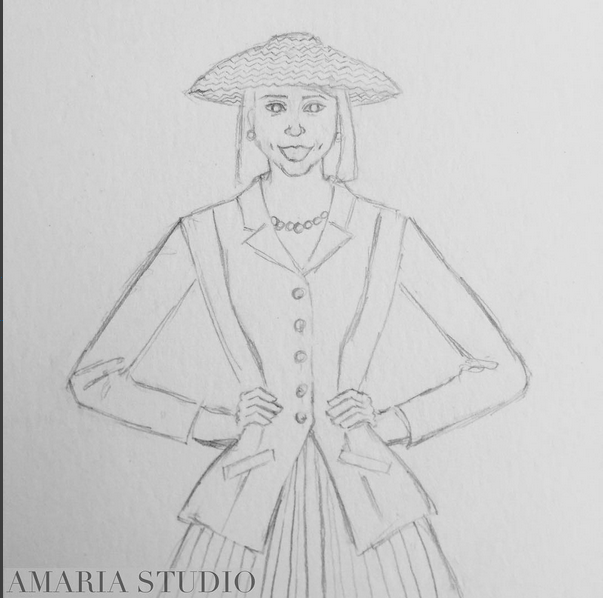 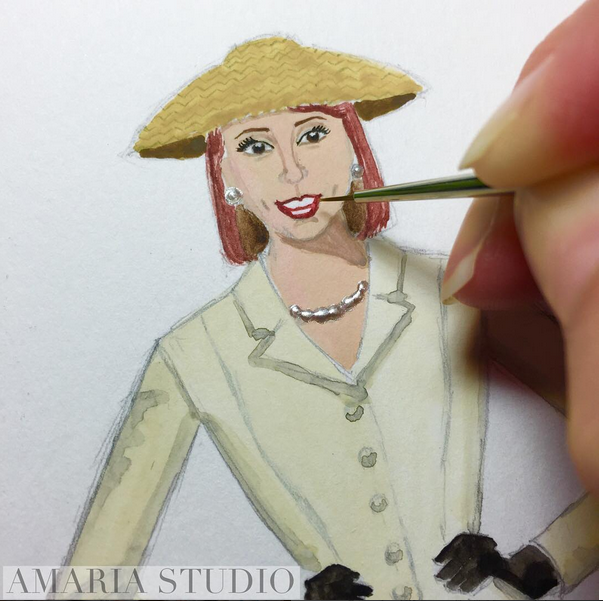 If you are interested in a custom portrait please visit shop page here.
Posted by Amaria Studio at 5:36 PM No comments:

Here is my first submission for Illustration Friday. I did this watercolor painting last year but thought it fit in with the theme of Smart.

At the time, I was reading Art Inc. by Lisa Cogndon

and Girl Boss by Sophia Amoruso

and the Art of Chic by Miles Redd.

All the books were amazing and highly inspirational. I would recommend all these books!

Go check out the other entries at Illustration Friday for the theme Smart.
Posted by Amaria Studio at 1:09 PM No comments:

I hope everyone survived the holidays and is ready for the new year. I am just now resurfacing after the holiday travels and it feels great to be back in the studio again. Last year was a year full of travels and discovery.
Last year I had come across the pictures of dogs that were celebrated and honored in Nepal in their Kukur Tihar Festival. The festival that celebrates dogs and their undying devotion and love for man takes place in Nepal every year, on the second day of Tihar, the country’s autumnal religious celebrations. 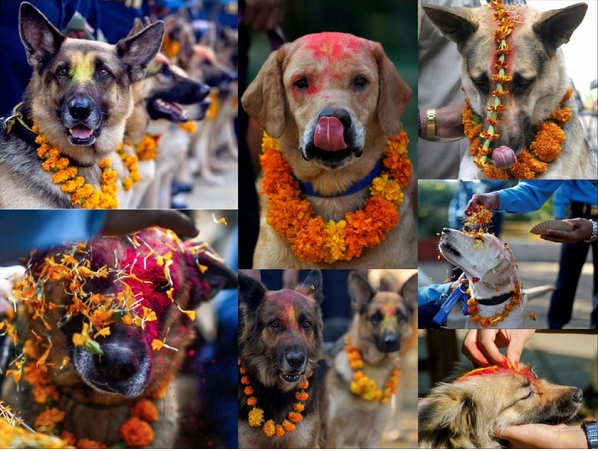 Based on the Hindu celebration of Diwali, Tihar is the Nepalese version of this religious festival, where people gather to celebrate the triumph of light over darkness, of knowledge over ignorance and the worshiping of all living beings, especially dogs!
Dogs have a are marked with a tika on their heads and are dressed with a garland called malla. On this festive day where dogs are honored and worshiped, all of our furry friends are offered delicious treats by their fellow human beings and songs and dances take place in their honor.

In the Hindu epic Mahabharata, Yudhishthira was the eldest son of King Pandu and Queen Kunti and the king of Indraprastha and later of Hastinapura (Kuru). He was the leader of the successful Pandava side in the Kurukshetra War. At the end of the epic, he ascended to heaven.
At the end of the epic, Yudhishthira and brothers and wife, accompanied by a dog, made their final journey of pilgrimage to the Himalayas. While climbing the peaks, his brothers and wife fell to their deaths, dragged down by the weight of their guilt for their sins. As it happens, Yudhishthira had to answer every time Bhima asked him the reason for his wife and brothers' fall. But he did not even look back to help any of them which seemed very cruel to Bhima. This was because Yudhishthira knew that the time to leave Earthly ties had come and he needed to focus his mind. Yudhishthira was the only one to reach the mountain peak in his mortal body, because he was unblemished by sin or untruth. On reaching the top, Indra asked him to abandon the dog before entering the Heaven. But Yudhishthira refused to do so, citing the dog's unflinching loyalty as a reason. It turned out that the dog was his god-father Dharma in disguise. The incident symbolized that dharma follows you till the end.

So after seeing this pictures of the festival, reading both the above epic of Yudhishthira and  an excerpt of Jean Houston's book Mystical Dogs: Animals as Guides to our Inner Life, I was inspired to paint some dogs with mallas. I decided to pick the 10 most popular dogs in the U.S. on a list I found from the American Kennel Club. If you want to see all of my paintings they are available in my shop.

Once again you can see all the dogs I have painted in my shop. I hope you enjoy them! And go give your dog a huge hug!

Posted by Amaria Studio at 9:36 AM No comments:

6 Hostess Gifts by amariastudio on Polyvore 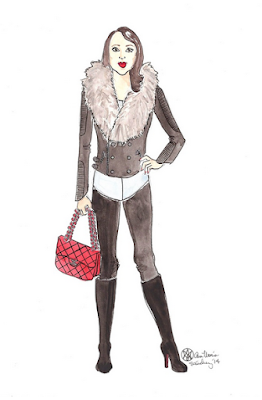 Posted by Amaria Studio at 3:43 PM No comments:

Posted by Amaria Studio at 6:00 AM No comments: 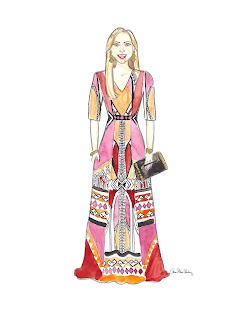 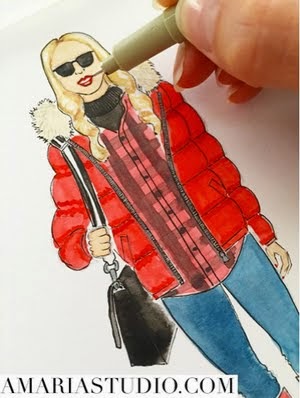 ON MY DRAFTING TABLE